HomeTechThe Newest Branded Tech You Should Be Aware Of
Tech

The Newest Branded Tech You Should Be Aware Of 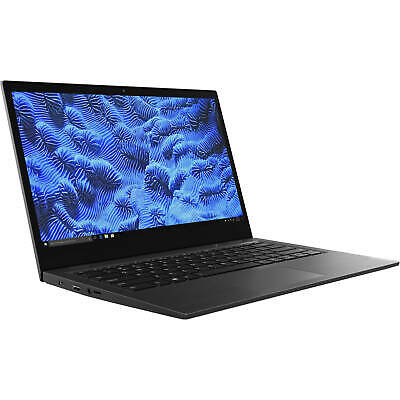 Technology is advancing exponentially. In just 20 years, we have gone from flip phones to virtual reality, and now a focus on smart devices and ease of access has begun to impact new tech. Rather than simply becoming more detailed or advanced, tech is becoming refined and tailored to niche uses. Read below for some of the newest avenues that tech has gone down, and how they could help you or your business.

Many people who work with computers are becoming accustomed to a two-monitor set-up. It enables higher levels of organization, productivity, and creativity. It’s also an easier experience to personalize and feel at home with than sitting at a proprietary office PC. However, for those situations where someone is out and about on a laptop or stuck with a single screen at work, it can seem like a two-monitor set-up isn’t possible.

Enter portable monitors from lenovo.com. These are light, minimalist monitors that focus on display clarity and touchscreen interaction. They aren’t like a laptop, with computing power themselves, but can be connected to any other device, like a phone, laptop, or work PC, and provide instant access to a second monitor. This second screen is fully touchscreen, and usable in any orientation.

The portability and versatility of a monitor like this speaks for itself; from taking lecture notes to image editing while searching for new images simultaneously, to having calendars and clocks accessible at your desk, no matter what other work you have open.

Moving from practical to recreational technology, the OLED Nintendo Switch is a version of higher clarity and performance. While the model has been out a while, the recently announced Pokémon Scarlet and Violet version is a fresh coat of paint with all the improvements of the OLED. For people who haven’t jumped on the Switch and experienced modern Pokémon, here seems like the place to start.

A beautifully constructed portmanteau of WALL-E and Dali, DALL-E is an AI generation tool that can create images from prompts. It takes text alone and creates an appropriate image. The full extent of the program is under lock-and-key at the moment, with a slow rollout among industry experts and researchers. Off-shoots have been made to emulate the AI, but the original DALL-E is a unique piece of tech. While this isn’t something available for commercial use right now, the technology itself is impressively versatile and needs to be on your radar.

Tesla has been combining technology and mechanics for a while now, and 2022 has seen their most recent effort – the Model Y. Tesla’s take on the SUV, while still staying fully electric, is an ambitious and respectable goal. The vehicle boasts more space than the rest of the Tesla range and is kitted with the expected level of tech inside. The biggest technology advancement here is the ability to match an SUV’s motor power, despite being fully electric. It paints a picture of a fully electric future being more varied and interesting than it might seem.

Sony has been doubling down on TV technology, potentially to match the power and fidelity of recent PS5 titles. The 2022 step forward was the XR range. The TV boasts processing power able to reach cinema levels of fidelity. Contrast solutions have been developed to counter the LED’s inherent brightness. The increased density of LED’s and increased processor power means lighting detail is the highest it has ever been on a home TV. These advancements in picture and processing may seem small, but it raises the expected bar for TV quality and proves how computing and television are becoming mutually beneficial to each other.

What do you need to know about staff recruitment in Hospitality?